The Man Sure Can Scat 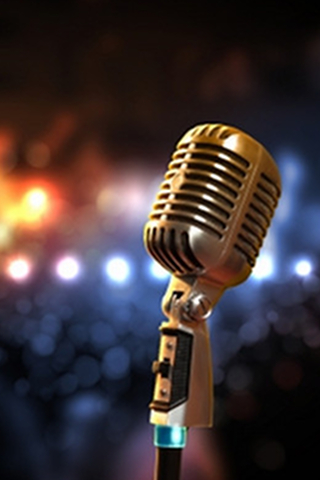 Leonard J. Marconi worked the graveyard shift. He was a conductor who prized his job on the elevated railroad that snaked its way from the Sheridan Trust and Savings Building all the way through Chicago’s Uptown district.

Every night the Uptown 217 clacked and clattered over the tracks, high above The Green Mill Jazz Club. Ah…the Green Mill. It was the one stop along Lenny’s monotonous, circuitous route that brought a smile to his wrinkled face…and a hopeless attempt by his left foot to find any sense of rhythm. All-in-all, having no cadence whatsoever was a rather bizarre affliction to be cast upon a distant nephew of Guglielmo Marconi – the man who, after all, invented radio. And, even if one could tolerate this conductor’s propensity to lag his toes far behind a steady beat, most of his riders simply scurried to find another car when Lenny began to sing.

The 1930’s were a live and vibrant womb for Chicago jazz. And the Uptown boasted one magical venue after another. There was the Rainbow, (Dillinger’s hangout), the Aragon, a monument built on the swing sounds of Glenn Miller and Benny Goodman, and the Arcadia Ballroom, a Mecca for black legends like Duke Ellington and Cab Calloway. But, for Leonard Marconi, there was simply no comparison to the syncopation that escaped the smoke-filled Green Mill Jazz Club whenever the doors swung open as his railcars rumbled by.

As Lenny recalled the story, it was late August, 1938. Friday night. Yeah. Definitely Friday night. The air was still thick with the smells of a late summer hot spell and freshly-poured tar that patched buckled stretches of pavement here and there. The heat had tailed off a bit around sunset as a quick band of thunderstorms rolled through the downtown Chicago loop.

On Conductor Marconi’s first pass over the Green Mill, he sensed something was different. He felt anticipation. For, on this particular Friday night, a crowd was gathering and beginning to swell below those elevated tracks. Like waves of grain they moved back and forth. Back and forth. Anxious…and edgy. The railcars above whisked well beyond the club and into the night. But Lenny couldn’t wait to complete his first round and return for a closer look.

He was only eight blocks away from a more studied view of the Green Mill when his train suddenly ground to a squealing, screeching halt at the 46th Street Station. The pneumatic hoses flinched and hissed as a crumpled trench coat parted the doors of railcar number three. The man who shuffled past the threshold and toward his seat looked old and sage. And somehow comfortable in his well-earned frailty. Lenny said “Hello.” The man said nothing.

Flinch. Hiss. The doors snapped shut as 217 gathered momentum and made its way toward its perch above the Green Mill Jazz Club. In the distance, a melodic blanket began to rise from the building.

“A tisket a tasket…I lost my yellow basket.”
The cars shot past the screaming waves of grain and Marconi’s left foot almost found a beat. His private thoughts escaping from an awestruck mouth, Lenny shouted “My God – what was that?”

Behind him, Trench Coat uttered his first words, barely audible with his chin buried in those khaki lapels.

Lenny sank to his knees to make eye contact...drawn to Trench Coat like a moth to a candle. Nobody, I mean nobody could scat like Ella. He steadied himself as the empty cars danced along the tracks. Trench picked up that rhythm and gave the conductor his very first lesson.

Somehow, the man in the trench coat had timed an impeccable landing for his oral gymnastics as the train stumbled to a halt at its next stop. Hypnotized, Railway Conductor Leonard J. Marconi finally snapped back into reality just long enough to chase a couple of unruly kids off the train. As the taunting and profanity faded into the distance, Lenny settled back into his crouch and whispered “Tell me more!”

Trench raised his eyes toward the strip of lights that occasionally flickered above him, his chin still frozen to the tattered cloth of his coat.

“Ya see, kid, I was a hack in Harlem. Drove a taxi. I passed the Apollo Club every single night. Sometimes three, four, maybe even six or eight times! Hell, I drove by that club so often I learned every song that woman sang.”

Each of Lenny’s railway stops became punctuation for the story that Trench Coat was unfolding. Seems one night about five years earlier, Trench’s Yellow Cab pulled up to the curb in front of the Apollo Club. His passenger door opened, then gently clicked shut again.
“Grand Central, please.” A velvety sweet voice uttered.

In those days, Ella was barely known. More of a rumor than a genuine star. Trench paid little attention, said “Sure thing, lady”, snapped the meter arm into “occupied” position and sped on down the street. Ella seemed to stretch out a bit. Must have been a tough gig tonight. Trench turned the radio up, slapped the driver’s side door to keep time and started to be-bop along with Billy Strayhorn’s original version of “Take the A Train.”
In the back seat, Ella sprang to attention like a jack-in-the-box that just hit the phrase “pop goes the weasel.”

“Do that again!”, she demanded. “I wanna hear that groove again!”

Without pause, Trench picked up the song at the bridge and continued to twist the melody line into an elegant pretzel. “Ba-dop-bop. Ba-do-wah-do-ba-da…di-ba do-wa dah – do wah –dah…”

Ella snapped, “Turn that thing off for a minute, sugar! I think I just recovered. And from the back seat came this explosion of syncopated dotted sixteenths. Hidden deep inside a frantic scat, her driver recognized that unforgettable signature song. “A tisket...a tasket…”

All of sudden, Trench cradled the steering wheel between his knees and threaded a straight path down 42nd Street toward Grand Central…his right hand now as free as his left. Together, they began to pound out a more complex accompaniment for Ella’s joyous and freeform tantrums.

But everything suddenly stopped when Trench swerved for a lane change, barely missing a petrified pedestrian who retreated quickly from the street corner. With a laugh, both cabbie and the future First Lady of Jazz settled back into their respective roles, then, at Grand Central, parted with a hug borne of newfound mutual respect.

“I never saw her again!” the man in the tattered coat confessed as he reached to pull the chord for an upcoming stop. “But I sure recognize that scat.” He shuffled back through the door of rail car number three and off into the night.

As an afterthought – Lenny yelled out. “Hey, where ya goin’?”
In a faint retort, he heard “There’s a new singer in town – some young pup. Name’s Mel Torme.”

Flinch, hiss. The doors closed on a small segment of Marconi’s life. His shift nearly over, Lenny moved from one rail car to the next picking up litter and straightening things…but this time with some endowed sense of grace. The life-worn smile returned, broader than ever, as Railway Conductor Leonard J. Marconi broke into his own nostalgic improvisation of “Take the A Train.”